How Millennials define success differently from the previous generations 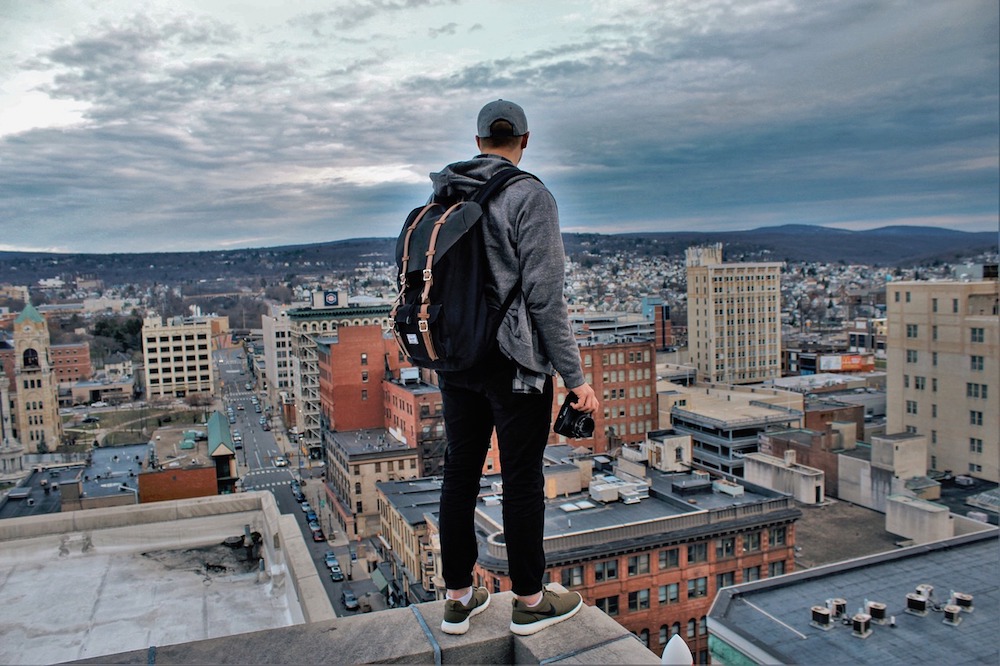 Since the dawn of time, Mankind has had different markers of Success.

Even cavemen probably had some goals and dreams of their own, which they drew in their caves. But the thing is this, these definitions evolve with time.. as do most things. Just like how every parent wants their offspring to be more successful than them, every generation wants to achieve more than the previous one.

Now individually we may have different definitions for success, and that’s cool. For some it’s money, for some it’s fame and status. It differs from person to person.

So I want to lay out the parameters here by informing you that I won’t be talking about individuals’ perceptions of success. Because that’s going to be very subjective.

But as a society, success has its own definition. A definition that is heavily influenced by the times they were living in, and the cultural norms they were exposed to. Something that the majority has agreed upon as the markers of ‘success’.

Well, here’s a quick recap of the different generations we will be looking at

Interestingly, the definitions of success in Singapore vary from generation to generation.  Yes, I can prove this

According to Emeritus Senior Minister Goh Chok Tong in his speech in 2015, success for the Baby Boomers back in their time was the 1-2-3-4

Back in those days, when you are able to get married, afford to have children, buy a three-room flat and commute in any vehicle with 4 wheels, you are perceived to be pretty successful. Because back then, times were different.

People valued the basic things, and their needs were motivated by survival:

These are what we know as deficiency needs. In those days, fulfilling most of these needs meant you had achieved success

Then, as the next generation came into the workforce, as times got better, the definitions started to evolve. For Gen Xers, wanting the same things as Baby Boomers wouldn’t cut it. So they came up with their own definition of success, which was popularised back then as the 5 C’s

As times got better, as the industrial revolution kicked in, people started earning better. The economy was booming and expectations also rose as a result. Markers of success were no longer basic. People wanted to have symbols of success to showcase it to society.

Hence came the materialistic aspirations to own a car, live in a condominium, own a country club membership with multiple credit cards and all. This became the goals the Gen Xers worked towards to achieve and showcase.

But what about the Millennials? They seemed to be moving towards ‘Growth needs’.

Now as I was researching on this topic, I came across a definition that was really absurd and disturbing. It was the overly simplified evolution of the 5 C’s – the 5 B’s.

Yes, I know. I scoffed at this when I saw it too. Because clearly this is not an accurate representation of what Millennials want and more than that, it is just plain stupid. It doesn’t stand true for the majority of the millennial population, and hence, not accepted as well.

Even MP Dr Maliki Osman made headlines in Singapore as he mentioned that the Millennials are not motivated by the 5 C’s any longer. But there was no defined marker for success.

So I took it upon myself to group up Millennials and interview them to identify the common markers of success.

Here’s what I found:

This is an ongoing conversation that Millennials want to pursue their passion.

Do what you love, and you will never work a day in your life

The conversation is evolving around success. It’s no longer about doing anything and everything to attain material success. It is more of living in the moment, enjoying it.

So if you are going to be spending over 50 years in your career, why not do what makes you happy right? Especially when the environment and circumstances support it

That’s what Millennials want – to pursue a career that allows them to enjoy the work they do and feel fulfilled by it.

This could mean ditching traditional (parents’) dreams of being a Doctor or Engineer or Lawyer to do something else like being a Hip-Hop Dancer or a YouTuber or a vintage car specialist.

What’s interesting is that we are living in an age where Millennials have the options and opportunities to pursue alternate careers…as opposed to the earlier days where the technology was not ready to provide such opportunities.

It is also why many are pursuing Entrepreneurship in this generation to develop that startup that can make an impact. They believe in Business for Good, that cut down on consumption and push forward a worthy cause such as ending poverty or providing clean water to those who need it the most. That’s where the fulfilment of making an impact comes in.

Millennials don’t live for retirement. They live in the now. And they want to experience the world now.

Along the lines of experience, freedom came up as a strong marker or success. Freedom is expressed as the ability to do what they want, when they want, however they want.

As Social Media became a part of our lives, importance started shifting from acquiring material goods like a Car or Condominium to being able to share experiences. This could be in the form of travel, or doing something novel. In fact, Millennials have been bearing the brunt of others saying things like.. 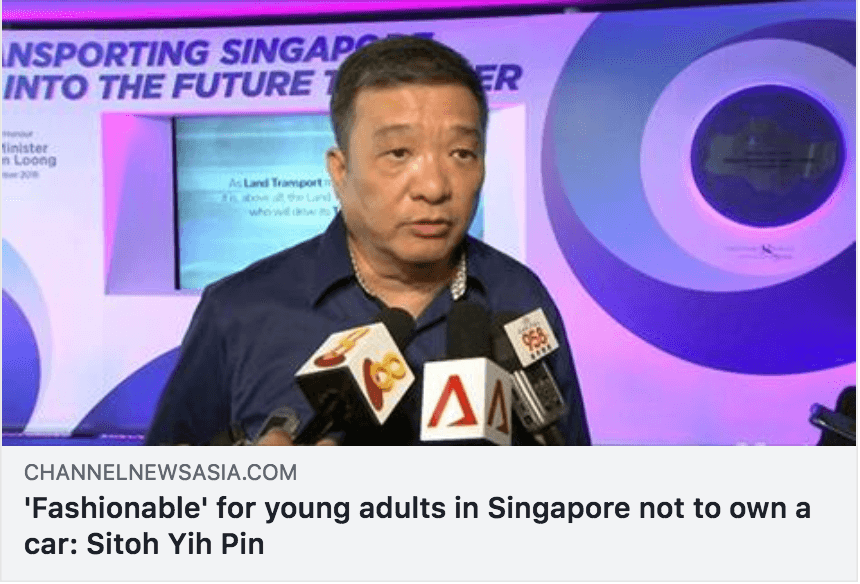 Because it’s less about Ownership and more about Access.

They are able to leverage on the ‘Sharing Economy’ to commute – with Grab and Uber and the like.
They find it difficult to buy property – this is a global phenomenon – and are staying with their parents
They are marrying late and rather buy pets instead of having children

It’s about having TIME together with the money.

And that is Freedom for them. Being able to do whatever they want with their time. We are seeing this demand in Organisations as well as ‘Work from home’ and ‘4-day workweek’ schemes are gaining popularity.

Millennials are commonly stereotyped to be ‘Job-Hoppers’. And statistically, it does stand true.

Compared to previous generations, Millennials move from one job to the other more times than other generations do.

Because they want to grow fast. Perhaps faster than the previous generations.

They no longer believe that if you stay in a company for 10 years or more, it will be worthwhile and you will be well-rewarded for it. They have been disillusioned by that concept of loyalty will help them get to the financial goal and lifestyle they are aiming for.

More often than not, they have witnessed their parents or someone from the Baby Boomer generation get laid off as the company down-sized or right-sized. I mean, it’s still happening today… in most companies

So they don’t really care about being called disloyal, because they have another question to ask of Organisational Leaders

“Thirty years later, what are companies doing differently for employees today for the employees’ loyalty?”

It is usually the case where organisations merely keep the people and lose the people for profits.

There is no bigger cause behind the work they do. There is no sense of environmentalism. In fact, some of them are harming the environment just to make bank. They don’t know how to inspire their employees and keep them engaged.

Millennials believe in investing in their own careers. Doing what’s best for themselves. If it means taking up another offer right after you have just joined a company because it has a 40% jump in salary. As digitalisation takes over industries, functional roles of employees are being taken over by machines and robots.

They value growth. Investing in their own education, specific skillsets and competencies. Which is why they don’t believe in having one job or one career. They believe in building multiple sources of income. They have side gigs on top of their full time jobs. They take part in the gig economy and leverage technology to earn more.

Success in an Asian Culture

Being brought up in a collectivistic culture, you get to see how the importance of attaining success becomes a matter of social status. Especially important for the older generations. Back then, it didn’t matter if you hated your job or hated your long working hours – as long as you were in a ‘Reputable and Rewarding Job’ that put food on the table.

It didn’t matter if you hated your boss and you were bullied at the workplace, because leaving a government job means losing the ‘iron rice bowl’ that would provide well for the family.

As you can see, sacrifices were made for the greater good. Many did what they thought was the ‘right thing to do’.

They studied hard. Got good grades. Landed a secure and stable job.

And yet, they failed to ask the most important question:

Because it was about looking good in front of others. Social Status.

But this is changing now. With the internet, the collectivistic culture has been diluted. Reinforcements of such ‘unwritten rules’ to become a doctor or lawyer have been relaxed.

What will be interesting to observe is how the next generation, the Gen Z, will define success for their generation as we enter into Industry 4.0 – a world of Automation and Artificial Intelligence as they enter the workforce and start earning.

Any other definitions of Success?

I tried to put together what defined success for Millennials – In Singapore at least.
But I’m curious – do you agree? What about the Millennials from other countries? Do they have a similar metric for success?

If I missed something, let me know in the comments. Tell me your experience.

Also, if you think someone needs to write this article, please share this with them.